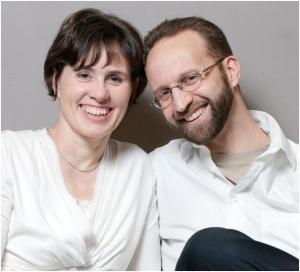 I was touched by this story from Kevin Vance, past President of Western Christian College who is currently planting the Gentle Road Church of Christ with Mission Alive among the First Nations people in Regina, Saskatchewan. His ministry was formed by the teaching of the Gospel of Luke, where Jesus is pictured as ministering among the poor, the prisoners, the blind, and the oppressed (Luke 4:18-19). Kevin and his co-workers are being used by God to deeply learn the culture and form a team of national leaders to begin a church planting movement. They have already begun a children’s ministry, fondly called “The Party” by participants, developed an initial team, and started a worship gathering. This story is part of the journey.

This last week, we attended the funeral of a 30 year old man – taken in the prime of his life. I say “taken”, even though he destroyed his body through hard drugs and other self-abusing behaviours. After 30 short years, his body simply could not sustain itself anylonger. Street life is hard, and it appears he participated in most aspects of it for quite a long time.

He left behind 3 children, 3 kids that we have come to know and love. I stood at the funeral, tears in my eyes, as I thought about the future of these 3 kids. No father to wrestle with them in the leaves, take them to McDonald’s, or buy them Christmas presents. “Who will be a father to the fatherless?” I kept asking myself. 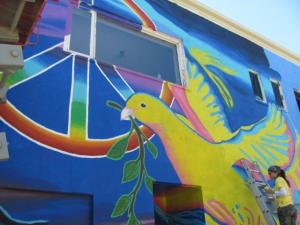 I know that the answer is God, on one level. Psalm 68:5 reads: “A father to the fatherless, a defender of widows, / is God in his holy dwelling.” It is a beautiful verse. And yet as we stood in that First Nations band hall, I couldn’t help but feel
that there is still something more needed – a community of people who incarnate the protection, provision, love and guidance of the Heavenly Father in real and tangible ways. After all, if our Heavenly Father is all that we need, then why do we need a human father to begin with? As the people of God, we incarnate the character and nature of God
on the earth.

Last Sunday our house church made cards for the family. Then Carissa, our daughter, went with me to ToysRUs. We bought 4 stuffed animals, one for each of the kids (there is a younger sibling by a different father). We tried to pick out one that we thought each of the kids would like. Then we took the cards and the stuffed animals over to their house. We told them that when they were feeling sad, they can hug the animals and think of God’s love.

As I reflected on all this, I couldn’t help but give thanks that God has allowed us to know and love this family, to walk with them over the last 3 years, to be with them in their greatest need, to speak words of grace and comfort and healing. For God is a Father to the fatherless. And we are his servants.

Please pray for Karen, Kaitlyn, and Christian Runs, who are now fatherless and their mother Jenn.

In this video Kevin describes the context of the First Nations people in Saskatchewan and God’s mission among them.

For the sake of His kingdom,